I’ve been explaining to a lot of folks that:

The “monument to Confederate soldiers” in the middle of our city was taken down last night, starting around 11PM. It had been announced to the public that it would happen by the end of this month, but an exact date and time wasn’t given. The suddenness of the event was to avoid it turning into a showdown between ammosexual MAGAts and humans.

A crowd gathered and cheered on the city workers as they attached chains and brought the obelisk to the ground. Not an AR-15 or red cap to be seen. If there were any present who were opposed to the obelisk’s removal, they were weeping silently, out of view of the hundreds of raised phones.

As I watched the stream on the Insta, a few comments popped up condemning this “erasure of history.” This is not history erased, Hoss. This is history corrected.

“These statues are our heritage,” lamented one commenter. No, Jed. This is not the loss of anyone’s heritage. This is the removal of a knife in the heart of a community. This is the cleaning up of a pile of shit that we’ve all had to smell and avoid as we went about our business in town.

“Why don’t we take down the MLK statues next?” asked one commenter. Because statues of MLK weren’t put up to intimidate a powerless white population (though oddly, they do intimidate a lot of white folks, even though they hold the power).

I expect a backlash of some sort, with armed fans of Bo & Luke Duke surrounding statues in towns around the US. But they’ll discover quickly that they are the minority now, and that Americans don’t want to look at statues of traitors.

Comics are free to say what words they want to say. Those they offend are free to call them on it and bring down consequences upon them.

This is not censorship. We need to all be clear on that. This is people of color (women, LGBTQIA, Jews, etc.) being empowered to call out bigotry in whatever form it takes.

When racists’ emotions raise over issues of race (e.g. a Black person arises to a position of power), they harass, assault, and kill people of color.

When NON-racists’ emotions raise over issues of race (e.g. yet another unarmed Black person is murdered by the people whose mandate is to protect), we scream, we jeer, and we mock the racists.

Compare these two sets of responses.

We complain that people are suffering and being murdered, and they then respond with greater, systematic violence.

THEY complain that we’re making fun of them or inconveniencing them, and WE respond by telling our own people that we’ve crossed a line or are being disrespectful when we call them pigs or assholes or whatever.

We all need to wake up to the FACT that we are being played. If you cave in to words like “respect” and “civility” when it comes to these issues, you have handed the racists a WIN. They have long since stopped deserving respect, and it is conservatives who took the civility out of politics (see: Newt Gingrich).

If you are afraid or otherwise unable to confront racists with the harshness and boldness that is needed and that they deserve, that’s fine. You don’t have to. What you need to do, though, is support those who do. If someone you know is leaving the house to protest with a “Fuck The Police” shirt, hold back that urge to tell them why you don’t think it’s a good idea. If a friend or family member is getting into a IRL or online fight with racists, be on their side—even if it’s just dressing their wounds with a smile.

Edited to add: If you think that their actions are putting them in danger, try to keep them safe—without criticizing their actions or intent.

Almost all supposed Confederate “monuments” are no such thing. They are statues erected to intimidate Black Americans and signal the dominance of whites in former areas of the confederacy after the Civil War, and even well into the middle of the 20th century.

They do not represent heritage. They are not necessary for Americans to remember history. There are no public statues of Nazis in Germany, yet all Germans learn of their role in World War II.

Terra them all down.

The current regime is growing like a malignant metastatic cancer, threatening to kill democracy with each passing day.

Resistance is a moral imperative. On today’s agenda: Contact your representatives and tell them to oppose the nomination of the racist Jeff Seasions to the SCOTUS. 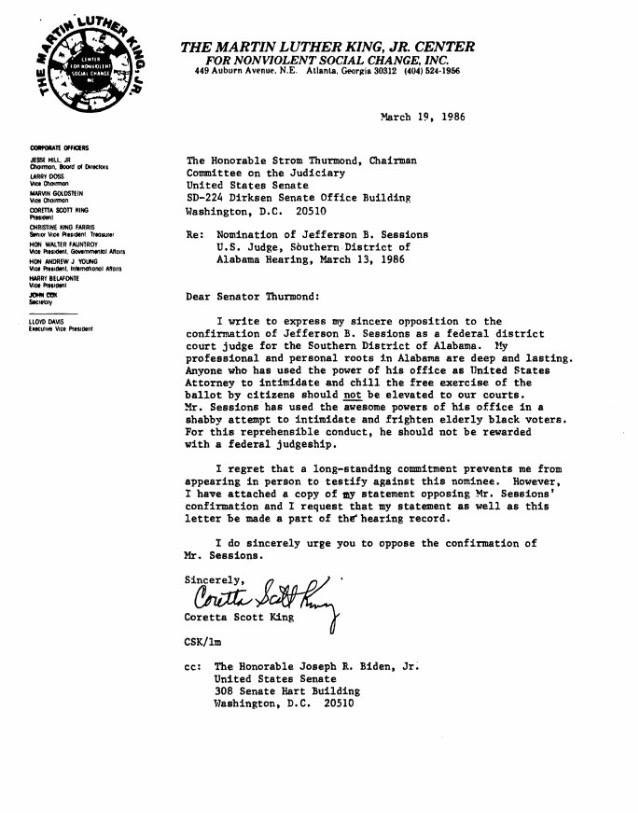